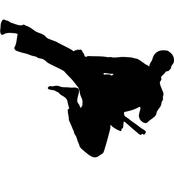 The U.P.M.A.C. circuit welcomes all forms and styles of martial arts. We encourage all competitors to share their unique skills as they compete in an environment of sportsmanship, tradition and fun.We also focus efforts on the youth involved in martial arts. Each event is operated with the proper attention to all competitors, not just those who are fortunate enough to win.

The Promoters are experienced Black Belts and Masters who continue to train and instruct both in their particular martial arts as well as their ability to judge fairly according to the rules set forth by the circuit.

We as a circuit follow a code of respect for both competitors and judges in order to promote the most valuable aspect of martial arts. Safety is stressed at all times to maintain competitors health and well being. Healthy competitors can successfully compete all year without interruption.